Remember that time I let my blog hosting expire right before my father’s wedding? Yeah. Hi. It’s me again.

The exigencies of travel with two small children (even with very fun aunt) kept me from writing in advance, and now, well, I hardly know

…and that’s as far a I got in trying to blog while on the Dumb Wedding trip.

We are back. We made it. I didn’t even actually drink the gin I had in my purse, though I appreciated the GIN SOON note one of the angrier aunts passed me during the wedding itself. Which was long and…really, what is there to say? The first priest — oh, yes, there were two — really stressed “LAWFUL reason” in the whole “speak now or forever hold your peace” bit.

(Hi, again. I don’t even know when I started writing that. Yes, I am live-blogging my inability to blog.)

Right. So. The wedding itself. Was horribly painful. The only other blood relative present for my dad’s side was singing in the choir and the baby fell asleep on Sugar on the walk in, requiring her to stand, so the front row was supposed to be just me and poor, up-past-his-bedtime Bean. I prevailed upon Auntie Gin (who I’m sure would like that name) to sit by me despite being a maternal relative, because my forbearance does have limits. My forebears themselves, it happens, had plenty of experience with forbearance, and it was of my grandparents I thought as I stood there, particularly the Bean’s namesake. How often in his life he must have had to stand still and be calm during something he had not liked to watch. I may not have been the picture of joy, but I did get through the thing with my dignity intact, despite being sorely tempted during the sermon (sermon! at a wedding!) from a priest that can’t have known either of them long, as he was representing her denomination and she hasn’t lived in the area a year, on the great beauty of their love, nourished over Skype conversations and trips to Alaska. Commend me, a Gentle Readers, and be astonished, for I did not rise up and note the timing of same, vis-a-vis my mother’s death or the promised trips to see his grandchildren which there suddenly was not time for.

But. What can you do? “He’s going to do what he wants,” said one of the angel aunts of Christmas. Or as the man himself put it, when I gently (really!) mentioned that we might have to leave things early, as both the events to which we were invited (rehearsal dinner and wedding) were scheduled to begin an hour past my kids’ bedtime, they not being much fit for public consumption in the evenings, “this is going to happen whether you are there or not.” Which: one, no shit; two, up yours.

The messy truth is that my father is not an asshole, but he’s sure had his moments lately. He has a pathological need for everything to be great and happy and as it should be, so a sad person like me is a bit of a stone in the shoe. I don’t think he knows how to be different.

New Wife is more of a mystery. Assembled maternal relatives spent a lot of time telling me she is really very nice, which theoretically I know: I have indeed known her my whole life. But given that she’s known me forever, I am baffled at her behavior towards me. Example: the morning after our arrival, the two of us plus Jackalope in the breakfast nook, me feeding Jackalope. A normal conversation about eggs, small talk being about what I can muster at the moment. Suddenly, out of nowhere, she interrupts to cry, full-Texan accent going, “AH JUST REALIZED. YAHRE GUNNA BE MAH STEPDAUGHER!” And proceeds to launch herself at me, baby, and eggs, and give me a far, far too long unrequited hug. In a related story. Jackalope either can’t read lips or refuses on principle to bite on command.

I mean? What? First of all, it certainly did not just occur to you, as your IQ presumably exceeds that of a brick. Second, slow the fuck down. We were just starting to be able to do small talk. Third, when someone doesn’t hug you back, end the hug. Just end it. This never works out.

But mostly, no. I feel a bit old to have new relatives foisted upon me in this way. I am not nine years old and in need of someone to make sure I get to school. I sure as shit could use my mother, and if you can arrange that, then please, please do. But I am not in the market for a replacement.

I suppose I am making NW sound rather dim, and in theory, she isn’t. She’s a psychiatrist, though if you can square that with any recent decisions on her part, you’re ahead of me. I never used to think she was dumb, but darn if she isn’t acting the part pretty well right now.

Also, her furniture is ugly, her art icky, and her dogs make the house smell like piss. Possibly I’m not the least biased judge of things.

I think I could almost stand visiting there if my mother’s siblings and cousins always came, and God bless them for coming to this, as we would never have made it without them. (Some of them don’t even remember a time before they knew my dad, so they are almost as much in the middle of this as I am.) They were like a protective circle of love around us, and oh, dear, now I’m crying in a coffee shop. Also, the Sailing Uncle loves to iron things and is generally handy around big events.

The day after the wedding, we went to a brunch at the spiffy restaurant of the fanciest hotel in town, which really is rather grand, with its marble and columns and stained glass ceiling. The Bean is pretty sure he saw Janelle Monae across the street, at the Little Rock Chamber of Commerce. NW’s brother-in-law stole the show and most of the staff in a massive search for his missing pinky ring, the one with the turquoise stone. But I am still glad we did not leave town without saying goodbye to my father, whom I do love. The situation would be simpler if I didn’t.

A smaller party of us repaired north to the suburbs of St. Louis, where the classily bitchy best friend of the more decorous Angel Aunt lives. (She has also known me my whole life and, in contrast to NW seems to have learned some things from the experience, for instance, what my face looks like when I have missed dinner trying to put a baby to sleep and am just about to completely lose it; she gave me her own plate before I could even tell what was happening, and I did not kill my children.) Sugar had flown home that morning, so our car was the other Angel Aunt, hereafter known as the Explorer, in honor of her many years of backcountry hiking and her bold willingness to take a road trip with two very small children who aren’t used to cars, me, and the kids. Jackalope only screamed for half the drive. We spent a day recuperating there, in high suburban splendor, with a smaller group of relatives who found it more convenient to fly from there. Lovely.

The road trip itself progressed from St. Louis to the countryside near Lexington, Kentucky, where our cousin has a cattle farm, to Starrhillgirl’s stomping grounds, and home. The kids did well. Explorer Aunt drove fast, brought supplies, over shared about her sex life while using the products from https://www.penetric.com/sex-tablet-man/ with her boyfriend, historical and present, and was generally a delight. The whole family, seeing Facebook pictures of Jackalope doing crazy things — like the time she, not then able to even walk, called us all in to see that she had climbed on the ikea rocking moose and was riding it standing up — has been saying how alike the two of them are, and boy, are they. I think what sealed it for me was watching the Explorer, newly turned 65, spent fifteen minutes figuring out how best to launch herself into the upper bunk on a moving train without the ladder I kept offering, announcing immediately upon doing so successfully, “see, I told you I could do it.” She rained a thousand tiny injuries on Jackalope in their shared exuberance, none of which damped Jackalope’s affection for her. Jackalope, who learned to walk only recently, spent the trip practicing running with her hands clapped over her eyes. Then backwards. “Heh. That’s a great kid,” said the Explorer, watching her go off the side of a ramp.

She was also working on seven teeth at once, three or so of which she got on the trip, so that was fun. She began spouting whole phrases, though she is mostly still babbling, notably, in response to “you have to go to sleep,” “I don’t wanna.” Also “open door, open door,” and, at the reception, “BEDTIME.” Thanks to her older brother’s commitment to singing about it on every elevator trip to our basement, she can recognize the letter B, too. I was shocked that she beat Bean’s record for letter recognition, but she has done it enough times that it is clearly not a fluke. Not bad, kid.

For his part, the Bean is doing more and more writing (with sounding-out help), and can recognize a few words plus enough of each of the titles of his favorite Janelle Monae songs that he can run daily Spotify dance parties. He remains committed to making art and is quite the supporter of his sister’s efforts in that line. (“That’s a really abstract drawing, Jackalope.”) During our Starrhillgirl visit, he consistently ignored my telling him to stop ferrying bits of loose brick from various parts of the Historic park we were sitting in. Turns out they really had all come from the place he was bringing them, and he repaired that corner. Oh. (Jackalope meanwhile wrapped the big kids SHG was sitting around her tiny, chubby finger and had them all sitting around her, letting her play with their soccer ball. That child is going to force us into the world of sports, I can already tell.) His lovely preschool has ended for the summer, and he is off to public pre-k in the fall, a transition we are all having difficulty absorbing. I’m sure it will be fine, and free is hard to beat. If money were slightly less of an issue, I would leave him where he is for another year, but I am glad he had a year there, at least.

I have more to say to all of you about so many things, but I am supposed to be using this babysitting time on more than this. Until next time, friends. And if you find diverting things, go send them to Ostrich, who could use distraction.

The Explorer and the Bean on the train, doing mazes; Bean’s eye view of a roadtrip 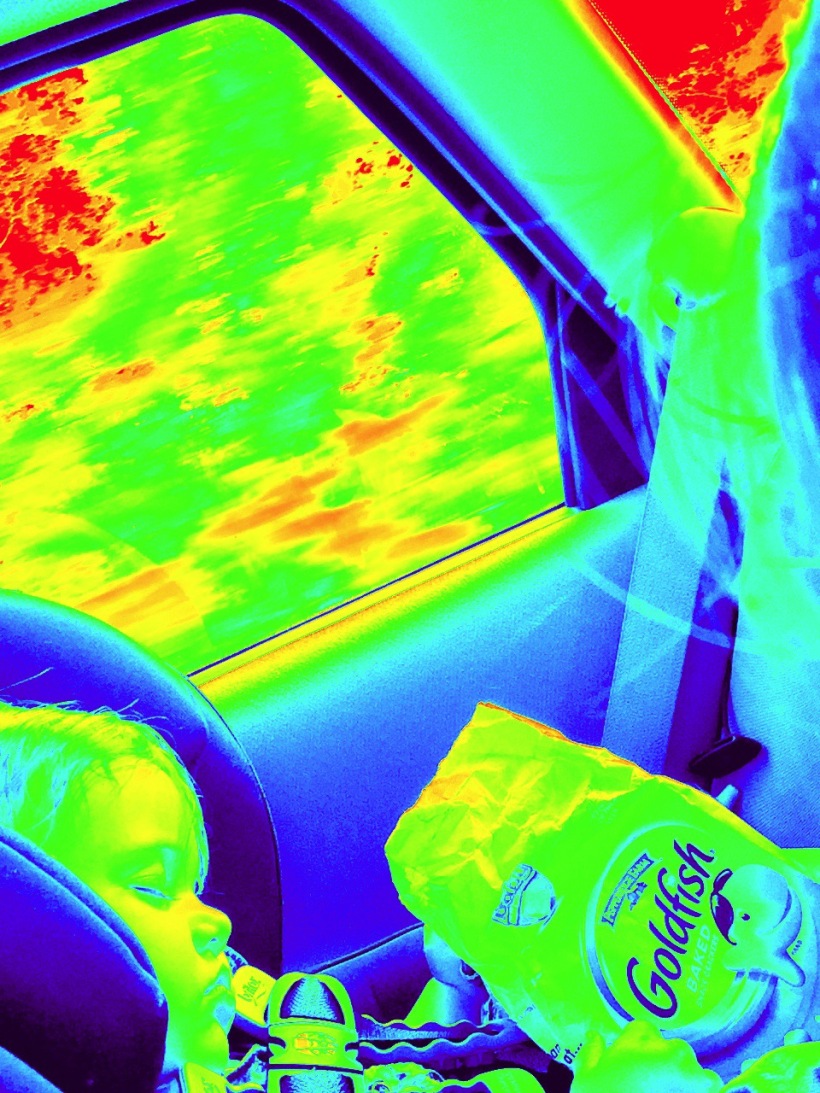 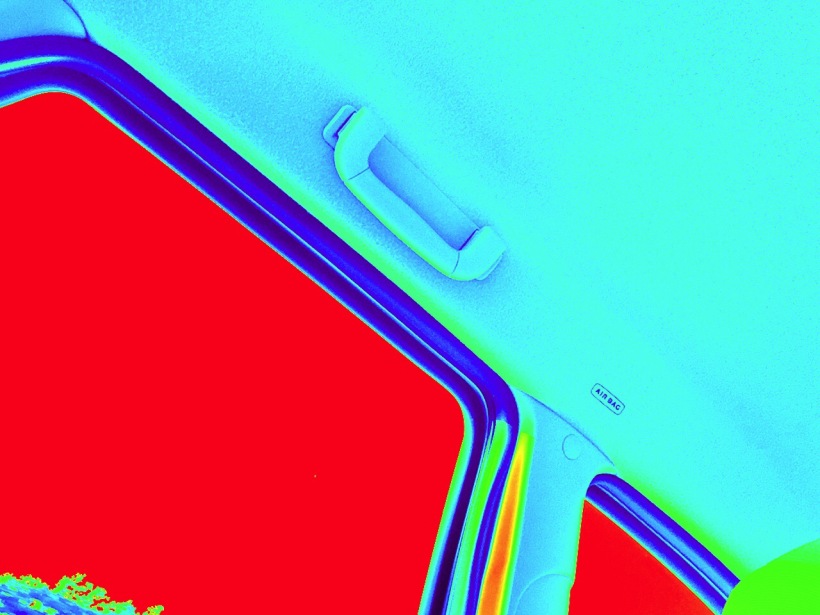 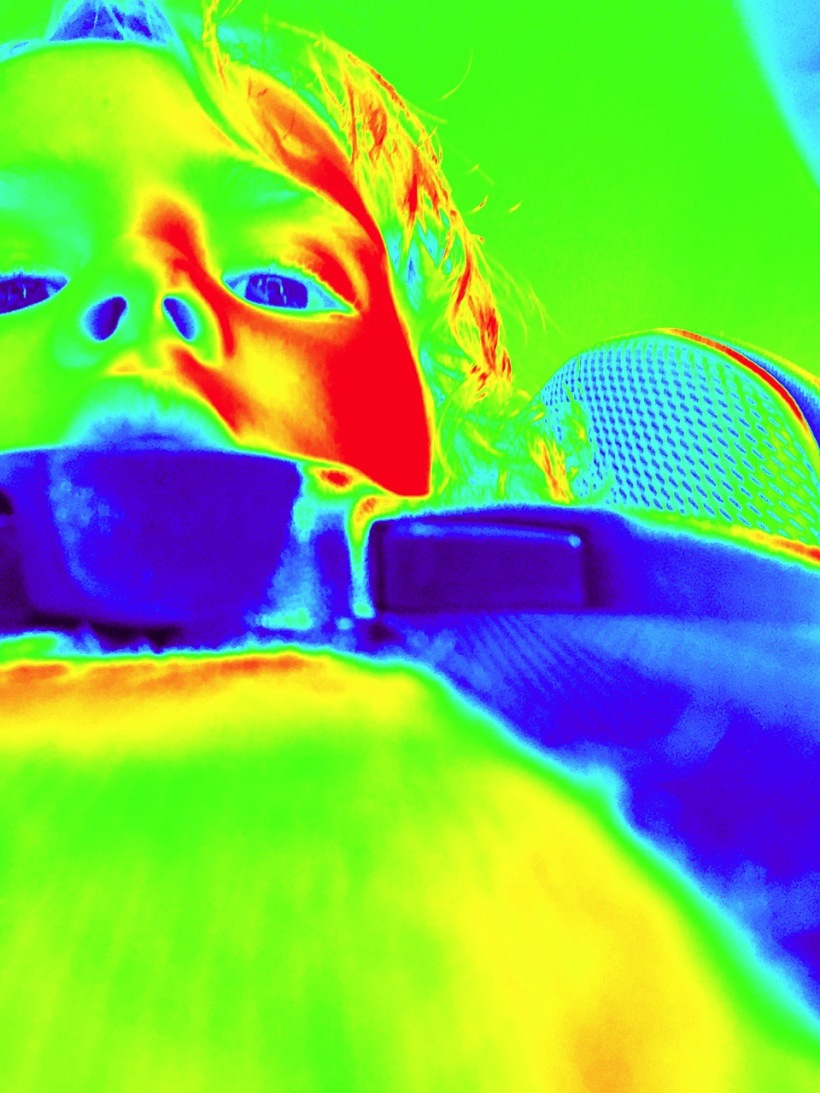 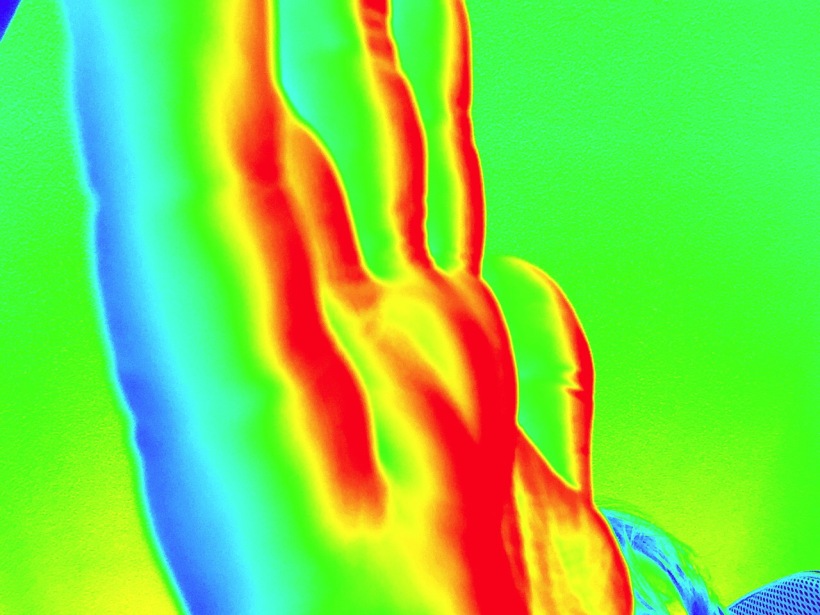 9 thoughts on “Remember that time”